“The Iron of The Maiden” is truly the wickedest group out there. I mean, behold – the hydraulic monster.

“The Blooper” starts with an eerie, supposedly gothic organ intro, followed by a rather handsome explosion which kicks off the “blooper riff”. Wow! What a great beginning! But wait! Then something awful happens. I guess the guys haven’t really decided how to end the first part because instead of smoothly switching to another part, the song collapses. My guess is as good as yours but it seems like the band loses its focus because Harris starts jerking the bass.

The band has a flying sausage (or is it saucer?) built just for the X-files part of the song. It comes hovering down and as a total surprise, no-one gets abducted or beamed up. Instead a giant hydraulic monster “Teddie” appears. The horror! (See the expression on Bruce’s face). The band welcomes Teddie with “Our New King” theme. Some nitwits accuse the band of stealing the theme from composer Julius Fucik, because it has the exact same melody and chord progression. 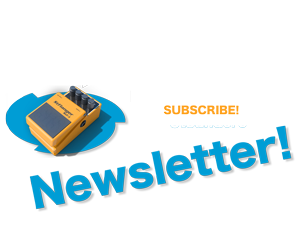 Fill the form and find out!

Okay, we have no idea where this "Kojak" person is. This is actually a newsletter signup form.

You have Successfully Subscribed!